Breaking News
Home / Computers and Technology / How to Install Node.js on Your VPS Hosting Server in 2020

Node.js is an open-source, cross-platform JavaScript runtime environment. It’s the technology that is used to create and host various web-based applications. Some of the programmers also used run and install node js on shared hosting server to build web servers and networking tools.

In this article, you will find the steps to install node.js on vps hosting server on the CentOS operation system with cPanel installation. The same process or steps can be applied to another operating system such as Linux based OS.

For the CentOS operation system, first of all, you need to access the server via SSH as the root user. If you are using a UNIX based operating system then you easily run the terminal.

The following command is used to access the SSH.

In the above command, there are some values that you need to put 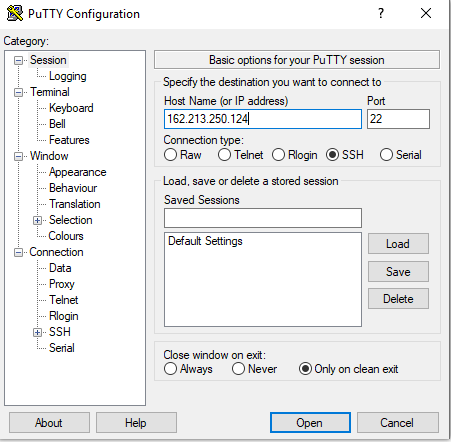 After that, you will see the SSH login screen.

Now you need to login by using username and password.

By Performing these three steps login process you will be into your SSH server. From here, you can install node.js on VPS hosting server

Now you need to download Node.js version that is 10 LTS in your root home directory, For that type the following command:

You can download any version of node.js to install node.js on your VPS hosting server.

Now it is time to extract the downloaded node.js version. For that you can use the following command:

In the above command, you need to replace the node-v10.16.3-linux-x64.tar.xz with the name of the node.js version that you have downloaded.

Now rename the extracted folder with nodeext with following command:

Now you can install the node and npm by using the following commands:

Then node.js and NPM will appear on the server. You can check the version of node.js and also check node.js installed properly or not.

How to Run Node.js Apps

There are various ways to run node.js on cheap hosting vps server. In this article you will find the installation of Node.js and NPM on the server.

The following command is used to install node js in vps hosting that is production-ready and include package.json file.

If you are running Node.js application and that does not have package.json file included. For that you can use the following command:

How to stop Node.js application

If you want to stop Node.js applications, for that you can use the following command via SSH:

This above command will kill any node.js processes that are running on the server node.js VPS hosting

How to Connect your Website with a Running Node.js

If you want to connect your website with running node.js applications then to need to follow this process.

If .htaccess file does not exist then you need to create it by using the “+ File” option that is on the upper-left side and then creates the file.

Now, you need to replace XXXXX with the port your Node.js application is working on.

In this article, we have seen the steps to install node.js vps hosting server, how to run and stop node.js applications with very simple steps.

Previous Best 10 Places to Visit in Namibia
Next 8 Fun things to do in Naples, Italy

Powered by WordPress | Designed by TieLabs
© Copyright 2021, All Rights Reserved